Karine Jean-Pierre informed that Illinois already has a red flag law, and there were plenty of red flags

We’re learning more about Robert Crimo, who was arrested and taken into custody in connection with the Highland Park Independence Day parade shooting that has killed at least six people. As Twitchy reported, the media were quick to check out Crimo’s father’s social media posts — it turned out he liked a Second Amendment post the day after the Uvalde school massacre. Throw him in jail too.

But what do we know about Crimo? We know he’d had run-ins with police before:

Highland Park police says they had two prior encounters with the shooter:

Sept 2019: Family member said Crimo threatened to “kill everyone” and police removed 16 knives, a dagger and a sword but found no probable cause to arrest. pic.twitter.com/wWBi9IGivp

So after police responded to a suicide attempt & to threats (& removed weapons) he posted a video of the parade route with the emergency alert system blaring in 2021 & posted videos depicting himself gunning people down & of his Lee Harvey Oswald fandom.https://t.co/Q5VR6OfJkr https://t.co/5sh92oad4u

At Tuesday’s press briefing, Karine Jean-Pierre was informed that Illinois already has a red-flag law; would the new bipartisan gun legislation have had any effect?

Reporter: “Illinois already has a red flag law .. is your expectation that the gun bill that just passed is something that would have addressed this kind of situation?”

Jean-Pierre: “The bipartisan bill is going to save some lives … but we need to do more work.” pic.twitter.com/eGyZyFT21B

Is that a maybe?

So a no then https://t.co/tOvtDoKvlJ

The perp was already on the radar… Basic police prep for a holiday parade should have stopped the carnage much, much sooner..

NO, IT WOULD NOT HAVE STOPPED IT

They know not focusing on that aspect will allow mentally unstable shooter types to flourish.

They know they can then use these violent crimes as crowbars to further strip your rights away.

That’s how this works.

First step to take your guns away.

“More work” means implement more laws that will also fail at everything and only disarm the citizenry.

“We used it to chip away at your rights but there’s more to take still.”

Confiscation is always the end goal of Democrats.

Apparently the purported Highland Park shooter’s dad liked a pro-2A tweet after Uvalde and the NY Post is all over it https://t.co/ESaHR8y5Hs 
Author Does Not Have a Research Page

The memo went out: Here’s a compilation of talking heads condemning Republican attacks on the apolitical FBI 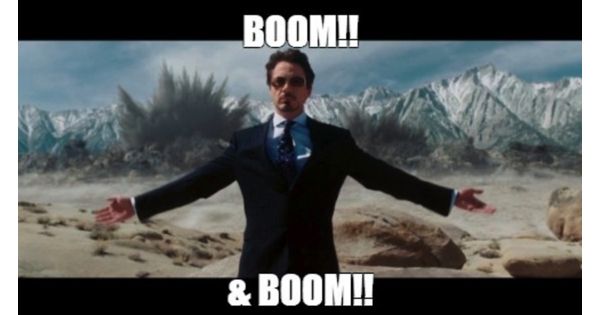 Bold MOVE, Cotton! John Harwood dragged for claiming this is what’s REALLY ‘dangerous and disturbing’ about the FBI’s Trump raid

Copyright 2020 @ All rights Reserved: Design and Platform by Current Debate

Please confirm you want to block this member.

You will no longer be able to:

Please note: This action will also remove this member from your connections and send a report to the site admin. Please allow a few minutes for this process to complete.

You have already reported this
Clear Clear All