Young Americans for Liberty (YAL) informed The College Fix on Wednesday that Creighton University (a Catholic school located in Nebraska) is not going to change its policy censoring the use of gun images that the group intended to use as part of its effort to promote the Second Amendment on campus.

YAL is a student libertarian organization that late last year was denied the right to put up posters and distribute materials bearing images of guns and slogans promoting the Second Amendment because it was found to be offensive. YAL had hoped that Creighton would realize the error of its policy, but apparently that is not going to happen.

YAL chapter leader Mason Wood was first informed late last year that the group would not be allowed to distribute their literature in a letter from Sarah Giacomini, the assistant director for Programming and Student Organizations at Creighton. In the letter, Giacomini told Wood that the university “will not allow any images of guns to be used. Therefore, if you plan to use the sign, all of the guns must be covered, or a new sign must be made. The handouts you included on the event submission will not be allowed unless the gun is taken off of the pamphlet.”

Giacomini added, “If you choose to use the images of the guns in the future and would like to plan an event under our Freedom of Expression Act or host a Controversial Event, we can have that conversation, but because you are just wanting to table this week, these are my requirements. If these changes cannot be made, then you will not be allowed to table on campus tomorrow.”

While Creighton is a private school, and is not government-affiliated — which would make it subject to the Second Amendment, which protects the right to keep and bear arms from governmental interference — it is still ironic that Creighton would be involved in such a blatant case of censorship. The student handbook guarantees the right to freedom of expression.

Alluding to its Jesuit roots in its student handbook — the school was founded on Ignatian principles of the Jesuit founder Ignatius of Loyola — the school asserts, “It is because of these commitments that we emphasize freedom of thought and expression. Essential elements in the Ignatian tradition emphasize active dialogue and the innate dignity of each member of our community.”

Jonathan Turley, a legal commentator, condemned the decision of the university to deny YAL the opportunity to argue for their viewpoint by depicting a firearm. “It is reminiscent of Yale University Press telling an author that you can write a book on the controversy over showing cartoons of Muhammad so long as you do not actually show the cartoons in question.”

Of course, Creighton’s bias against the right of the student group to freely promote their support for the Second Amendment’s right to keep and bear arms is not unique, either to the issue of the right to keep and bear arms, or even to that particular institution of higher learning. Other universities have systematically abridged the freedom of speech — and of other forms of expression — to its students and faculty over various other issues deemed not within the “culture” of the university. Universities are today one of the main transmission vehicles of the woke and progressive agendas plaguing the country. One university even drove an all-conference volleyball player off its squad when she objected to an anti-Trump film being shown to the team, with the assertion that she no longer fit into their “culture.”

Creighton’s status as a private school might very well protect it from legal action, but its repressive attitude certainly does not fit into the philosophy upon which the university system was founded in the Middle Ages. As Thomas Woods argued in his book How the Catholic Church Built Western Civilization the university system was founded upon the idea that scholars would be free to debate the social issues of society. While different scholars might very well take different positions on different issues (diversity), they were unified in the right to express different views (unity). Thus the word university.

Turley offered several examples of famous images that might need revision under the repressive policy of Creighton University, such as the famous “Spirit of ’76” painting, the painting of George Washington crossing the Delaware, and, of course, recruiting posters of the armed forces.

Finally, one might ask: Just what does Creighton University use as its criteria for determining that a meeting is “controversial?” If part of the Bill of Rights of our Constitution is now considered controversial, then what would be considered “non-controversial?”

J.P. Kirby, director of student rights for YAL, told The College Fix, that it was “surprising” for an institution such as Creighton to claim to be an institution of higher learning while “censoring and chilling student speech in this way.” Kirby added that Creighton must consider its students to be children “unable to handle the image of a common firearm.” 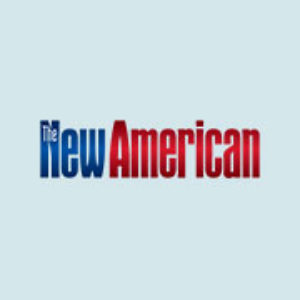 Do You Accept a 35% Higher Chance of Dying Today? Well Then, I Have Life-or-death News For You.

Copyright 2020 @ All rights Reserved: Design and Platform by Current Debate

Please confirm you want to block this member.

You will no longer be able to:

Please note: This action will also remove this member from your connections and send a report to the site admin. Please allow a few minutes for this process to complete.

You have already reported this .
Clear Clear All